(NOTE: I don't know why this wasn't posted earlier, it's been sat in my drafts section for god knows how long?! I honestly thought I had posted this! Oops! Oh well, here it is now and I've updated it with the title of Book 2.) 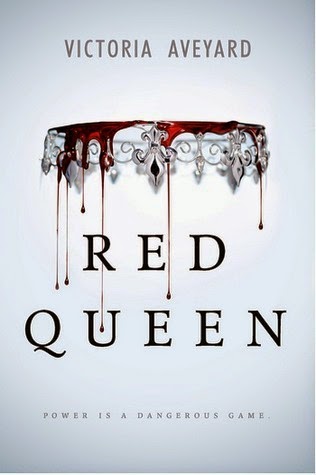 Official synopsis: "This is a world divided by blood – red or silver. The poverty-stricken Reds are commoners, living in the shadow of the Silvers, elite warriors with god-like powers. To Mare Barrow, a 17-year-old Red girl from the Stilts, it looks like nothing will ever change. Then Mare finds herself working at the Silver palace, in the midst of those she hates the most. She quickly discovers that, despite her red blood, she possesses a deadly power of her own. One that threatens to destroy Silver control."

You know that feeling you get sometimes when you've finished a book, almost like you're in a coma? You just can't pick anything else up. You can't do anything else. Think about anything else. You just want to lie there and weep or think about the wonder you have just read. Well, Red Queen is that sort of read folks. You definitely need to buckle your seat belts because once you start reading this book you are in for one hell of a bumpy ride, let me tell you!

From the very beginning Red Queen is bloody, feisty and heart-racingly addictive. It'll have you gasping at every twist and turn and racing through it at break-kneck speed! It is literally non stop. Every page, and I mean every page, will have you desperate to read on. I just could not get enough!

The world of Red Queen is so utterly unique and high-octane that you cannot help but fall in love and wonder what life would be like if you lived in it. There are the Reds. Lowlife. Dirty. Disposable - only there for the pleasure and enjoyment of the Silvers. And of course the are the Silvers. The elite. The powerful. The desirable. There's no love lost between both bloods, the Reds suppressed by the Silvers for centuries, treat as slaves and nothing more. I found this so interesting as it was another way of looking at race and the way people are towards one another, just because they are different. The world itself, the palace in particular is so beautifully described and conceived. I almost wanted to be a Silver for a day, just to get to see it for myself!

We meet Mare. She's going to be conscripted, she knows it. She doesn't have a job or a trade like her sister, and she knows that like her brothers before her she will have to go and fight in a war that the reds shouldn't even be involved in, but then she meets a mysterious man who she tries to pick-pocket before he realises what she is doing and catches her in the act. The next thing she knows she's being whisked away to serve the Silver royal family, the people she despises most in the world. But things do not go smoothly and soon it turns out that Mare is a special type of Red. A unique Red. She exhibits Silver powers which she should not and soon she finds herself wrapped up in more danger than she knows how to handle and to hide herself from her enemies she must masquerade as a Silver. The Queen loathes Mare but tolerates her as she is taken in to become a consort to the prince, Mavern, but it isn't Mavern she is interested in. It's his older brother, Cal, their heir to the throne and the very same person she tried to pickpocket in the first place.

Danger is aplenty as Mare tries to fit into a world with which she doesn't want to be a part of. She must play the game carefully, but she cannot help but make enemies in the process, it just happens. But not only is she making enemies, she's making powerful allies to, and with a rebel group, the Scarlet Guard, growing in power and profile Mare is putting more than just her life on the line as she helps them get an establishment inside of the palace.

The book builds to an electrifying crescendo with a twist that will leave you reeling and absolutely gagging for book two, which we now know is titled Glass Sword and has an absolutely stunning cover, just like Red Queen! The book is beautifully written and the prose just draws you in so completely that the book has this major cinematic feel, no wonder there are whispers of it being made into a movie and not that far away! I honestly cannot get over just how much this book captured me and took me over completely. I just could not get enough of Mare, and Maven and Cal, and of Reds and Silvers. It was just so wonderful and something I think everyone needs to experience. When it was released, Red Queen went straight in at number 1 on the New York Times bestsellers list and it is clear to see why and to say that it is totally deserved! I cannot wait to see what Glass Sword, and indeed Book 3 have in store for us, and with some novella's due in September 2015 and January 2016, it looks like there is plenty more to enjoy within the world of the Red Queen. I cannot wait! 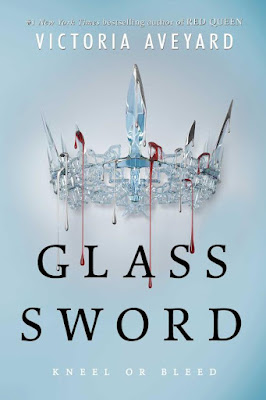