The Outrage by William Hussey [Review] 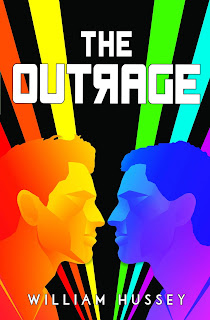 Written by: William Hussey
Published by: Usborne.
Format: Paperback.
Released: 13th May 2021.
Rating: 5/5.
Official synopsis: Welcome to England, where the Protectorate enforces the Public Good. Here, there are rules for everything - what to eat, what to wear, what to do, what to say, what to read, what to think, who to obey, who to hate, who to love. Your safety is assured, so long as you follow the rules. Gabriel is a natural born rule-breaker. And his biggest crime of all? Being gay. Gabriel knows his sexuality must be kept secret from all but his closest friends, not only to protect himself, but to protect his boyfriend. Because Eric isn't just the boy who has stolen Gabriel's heart. He's the son of the chief inspector at Degenerate Investigations ­­­- the man who poses the single biggest threat to Gabriel's life. And the Protectorate are experts at exposing secrets.
-
Posted by Ryan at 08:00 No comments: 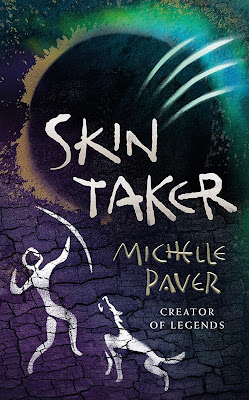 Killing Jericho by Will Harker [Review] 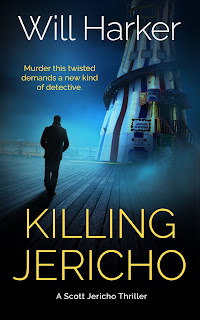 Written by: Will Harker.
Published by: End House Publishing.
Released: 7th December 2020.
Rating: 5/5.
Official synopsis: "Murder this twisted demands a new kind of detective. Fresh out of prison, former Detective Constable Scott Jericho is a desperate man. Disgraced and penniless after his assault on a violent suspect, he is forced to seek refuge with the fairground family he once rejected. Now, troubled by his failure, Jericho’s brilliant mind stagnates. That is until a series of bizarre murders reawaken his interest. Men and women with no obvious link to each other are being ritualistically slaughtered. Slaughtered in ways that recall an old legend of the Jericho Travelling Fair. Now, in a race against time, he must unpick the threads of a baffling mystery. But as his investigation unfolds and the corpses pile up, a shocking truth awaits him. A revelation that will test not only Jericho’s intellect but challenge the very core of his morality..."
-
I will start by saying that murder mystery/crime novels aren't normally my cup of tea. I'm not sure why as I love a good crime drama on television but when it comes to books I generally struggle to stay interested. But from the very first page I was well and truly hooked on this one! I read it over a particularly difficult personal period and it was such an incredible experience that took me away from all my woes and had me completely captivated and determined to find out what on earth was going on! Will's writing is so engaging and draws you in so well that you just cannot put the book down!
Scott Jericho himself is a fantastic lead. Brooding, dark, mysterious with a past that is a joy to discover and gay! What more could you want? When it comes to book boyfriends, Scott has well and truly thrown himself into the mix and I for one am here for it! He's just so unapologetically himself which I loved. You don't get many gay leads especially in this genre so it is incredibly refreshing to read and downright enjoyable! All of the characters are so well realised and developed which sometimes in these sorts of books isn't always the case. They're there just for the sake of it, a throw-away character that is shoehorned in to make a certain aspect of the plot work, but here they all earn their place within the book and I really enjoyed that!
The book itself had me guessing and second guessing at every turn but the ending took me completely by surprise. So much so that I threw my kindle down and had to calm myself down a bit before connoting. I just couldn't believe it! I think that part of my problem with the genre in general is that I often see the ending coming and often work it out early on in the book, but with Killing Jericho, I didn't have that experience and I absolutely loved it for it. It is just testament to Will's writing and the story itself!
I for one cannot wait to see what Scott gets up to next and am waiting on tenterhooks for the follow up! You may have a convert on your hands here Mr. Harker!
A dark, atmospheric page-turner that will have you guessing until the very end! Killing Jericho is a joy to read and I cannot wait for more!
Posted by Ryan at 23:38 No comments:

It may not be starting off the way that we had hoped but I'm hoping the strangeness of 2020 won't linger for too long and that 2021 can actually be a good year! As crap as it was, 2020 was actually a VERY good reading year for me. I have been working from home since March and the time not spent commuting has meant I've had more time to myself, I've also been working different hours to what I used to in the office which also gave me more time to read, and social distancing worked wonders for my tbr as I managed to read 62 books despite setting myself an initial target of 30 books. I guess not being able to have a life and see friends can be a good thing!

I've thought a lot about how many books I would like to try and read this year. I am setting myself up a reading journal... as if I don't record my reads in enough places. I use Goodreads, obviously... I use an app called Bookly which has changed my life. It records how long you read, tells you how fast you read, gives you so many stats... I LOVE IT! I also have a note open in my notes app which I update with what I've read as I finish it, but I wanted somewhere physically to hopefully keep a couple of years worth of reads all in one place together. Whether I keep it running or not will be something else altogether but we'll see...

So I have preliminarily set myself a target of 45 books. I can obviously edit this later but I am conscious of the fact that I would like life to return to normal at some point this year and as it does that would probably mean less time to read and 45 seems like a good, manageable number. I changed my target twice last year, from 30 to 40, then 40 to 50 and once I'd hit 50 I just thought I would leave it and enjoy everything else I read.

I also have blogging resolutions. To be more active. I'm active on twitter, always talking about books on there, and I've started to get back into instagram slowly, but I want to get better at actually posting my reviews. One personal resolution for 2021 is to use my time better and to manage myself better so that goes hand in hand with more blogging so hopefully that'll sort it out! We shall see!

I really want to read more long-running series this year. I have been meaning to read more Discrworld books and this year I am aiming to get as many as I can in! I have some series that I have started but haven't finished. I have some books that I have owned for YEARS and just haven't gotten around to so I want to try and cut some of them down this year. I'd also like to sort out my Netgalley percentage which... LETS NOT GO THERE! I did do a month last year where I only read Netgalley proofs and managed to get my percentage up a whopping 3% (lol) so maybe I'll manage to sort some of those out this year too!

The main thing is I just want to enjoy everything I read and to have as much fun as possible!

What are your reading resolutions for 2021 if you have any?