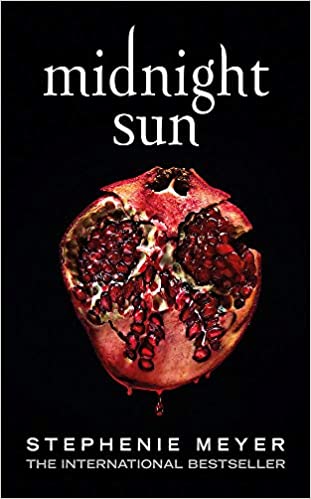 Official synopsis: When Edward Cullen and Bella Swan met in Twilight, an iconic love story was born. But until now, fans have heard only Bella's side of the story. At last, readers can experience Edward's version in the long-awaited companion novel, Midnight Sun.This unforgettable tale as told through Edward's eyes takes on a new and decidedly dark twist. Meeting Bella is both the most unnerving and intriguing event he has experienced in all his years as a vampire. As we learn more fascinating details about Edward's past and the complexity of his inner thoughts, we understand why this is the defining struggle of his life. How can he justify following his heart if it means leading Bella into danger? In Midnight Sun, Stephenie Meyer transports us back to a world that has captivated millions of readers and brings us an epic novel about the profound pleasures and devastating consequences of immortal love.

Way back in 2008 when Stephenie Meyer revealed that there had been a leak of a book she had been working on from Edwards point of view I remember being sad that we weren't going to get it anymore. We got those initial 12 chapters that she had written but she said she didn't know if she would ever return to working on it. Fast forward to 2020 when Midnight Sun was finally released! Does it add anything to the world of Twilight? Hm... marginally. There are some things that have been expanded upon. Behind the scenes knowledge so to speak.

I feel like to do a full blown review would be pointless seeing as everyone is reading it so I won't go too deep into it but I will say that I curse my FOMO. I hate missing out on the big things, big releases that I wouldn't necessarily feel the need to partake in. I mean yeah, I enjoyed the original series back in the day, but you have to admit it hasn't aged very well. And this book only showed just how creepy Edward really is. Within seconds he was thinking about ripping Bella apart, even a whole classroom full of teens just because he didn't want to leave any witnesses to his rampage... Then all of a sudden he can't decide if he wants to kill her or protect her... The obsession... it isn't cute...

The highlight of the book? Rosalie. She was ace. The rest... Meh. It was just too long. A few weeks before the release of the book I saw a video on youtube where Meyer was talking to a book tuber  back in 2019 and she said that it was long, that she had been writing it because her mum wanted it and she'd just gotten to the meadow scene and it was already longer than Twilight itself. Edward just overthinks things too much and I had to keep stopping myself from reading because it was just too much. There just wasn't enough new info to warrant 750+ pages in my opinion. If anything I feel like this has only dampened the flame that I once held for Twilight as a fifteen year old reading it for the first time.

And now there is word that there will be 2 more books to come... In the same video I mentioned earlier she said that she has plans for some books about Jacob and Renesme and I pray to god these aren't the two books she has planned because it just gets creepier, but you know my FOMO is going to make me read every single word. Argh. Why can't I just miss out for once. Argh!

It got a 3 out of 5 simply because it did bring back some nostalgia, but I didn't like it enough to go any further than that. 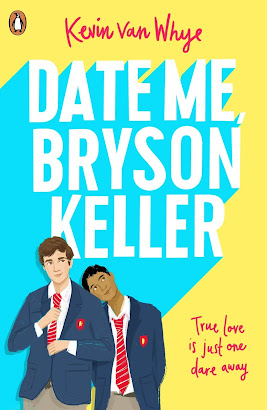 Official synopsis: "Everyone at Fairvale Academy knows Bryson Keller, the super-hot soccer captain who doesn't believe in high-school relationships. They also know about the dare Bryson accepted - each week he has to date the first person who asks him out. A single school week is all anyone gets. There have been no exceptions to this. None. Until me, that is. Because brilliant Bryson Keller forgot one thing. He never said it could only be girls . . ."

After reading two big books back to back (the angsty Midnight Sun and the balls to the walls sci-fi thriller To Sleep in a Sea of Stars by Christopher Paolini) I really wanted something a bit shorter and something fun, something cute, something contemporary, which is weird for me as I am not normally a contemporary type of guy. I'm here for fantasy and complete and utter make believe. But this book is totally what the doctor ordered and I fell head over heels in love with it! Honestly, this book is ADORABLE!

Bryson Keller is dared at a party to date the first person that asks him out every Monday at school, for one whole week. After that they are to go their separate ways and someone else has to take their place. Everyone knows about the dare. It has its own hashtag, girls queue up to get the opportunity to be Bryson's girlfriend for the week, and why wouldn't they? Handsome. Athletic. Popular. Bryson is everything the girls want. But after a disastrous morning, and with the dare affecting him, Kai decides that he wants to take a pop at the whole thing and asks Bryson out.  I mean, no one said it was just girls that could ask, right? For the next five days, Bryson is his. He's the first person that Kai has come out to (not counting his ex-best friend who did a one-eighty on him after he came out...) and he's shocked by the reception he gets. But Bryson is just being the good guy that he is, right? He's straight. Of course he is... Isn't he?

Honestly this book felt like a warm hug, apart from the moments when everything just goes wrong and even then it felt like a safe space. It made me laugh, it made my heart swell, it made me cry. Oh it made me cry, alright! Yikes. This book gave me all of the emotions and I cannot recommend it enough. The characters were all great, both Bryson and Kai themselves who were different to your standard jock/nerd pairing. Bryson isn't just a meathead like most jocks are portrayed to be. He has heart, he's kind and gentle and super-swoonworthy. Kai wants to be a writer but he isn't your stereotypical nerd. He's not too bad at sports. He has other interests. Bryson is the kind of guy you can see yourself falling for, just the little things he does, you can't help it. And Kai is the kind of guy that you feel for. You want him to have everything good in the world. And then there is the supporting cast. Kai's family were a particular highlight in particular his younger sister, Yazz. Bryson's mum and his sister. Kai's best friends Donny and Priya were great. Even the bad guys, or as they are often referred to, assholes. The sort of characters you just know from the off are horrible people.

My only problem with the book is that when I got to the end I wanted more! More, more more. I turned the page and was actually sad that it was over. Hopefully we get a sequel one day. There was so much left unresolved. The book spans just 2 weeks and there are so many questions I want answered. I need to know!

It was nice to see an own voices coming out story. The market is getting better but it still too overly saturated with the straight white female offerings which can be good but sometimes feel slightly fetishised. So it was nice to feel like you were in good hands, someone who knows exactly what they are talking about. Their lived experience. More of this please! Coming out is hard. As someone who has been there and done that, I know.

The only reason this got a 4 and not a 5 was just that in some places it felt a little clunky and awkward, which I get in parts was due to Kai being awkward anyway, but it sometimes drew me out of the story a little bit. Sometimes the dialogue was a little too clunky and I'm not a fan of when someone is called by their full name ALL the TIME. Bryson Keller. Bryson Keller. Bryson Keller. It gave me slight flashbacks to reading The Fault In Our Stars when we were subjected to Hazel Grace Hazel Grace Hazel Grace every five seconds. We get that that is your name. Your first name will do. But that was a very small problem just one that got on my nerves slightly. But still, I adore this book and demand that you read it now. It's fun, cute, SUPER cute! I cannot recommend it enough!

I am excited to see what Kevin van Whye has in store with his next book, Nate Plus One, due in 2022. A book that is pitched as What If It's Us meets Crazy Rich Asians!

My thanks to the publisher for providing me with a review copy via Netgalley!