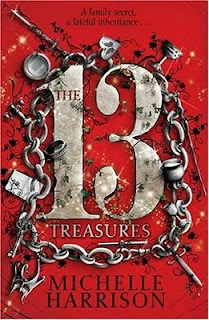 A stunning debut novel that I absolutely devoured. I read this last year and have read it several times since. The writing is top class, beautiful and easy to read, yet at the same time, it doesn’t feel as if the writing has been dumbed down so that younger audiences can keep up. When reading it, there is no doubt as to why it was awarded the Waterstone’s Children’s Book Prize for 2009.

Tanya, the main character is entirely likable. In some books, there are characters that have annoying traits in their personality, and do silly things, but with Tanya, everything about her is anything but annoying. Fabian, another main character, is equally as excellent. His dedication to Tanya is very admirable. What I liked about this book is that there are some heroes that have to go it alone completely, wheras in The Thirteen Treasures, friendship and loyalty are very important.

Buy from Amazon US