Day of Vengeance Blog Tour: Inspirations Behind the Vengance

N.B: So this was actually supposed to go live on Tuesday but for some reason Blogger didn't do so and I've only just been able to check it out. Anyway, here it is and I apologise for the lateness!

Today ladies and gents we welcome Johnny O'Brien, the author of the Jack Christie Adventures as part of The Day of Vengeance blog tour to celebrate the release! Today he's talking about the inspiration behind the series! Check it out below: 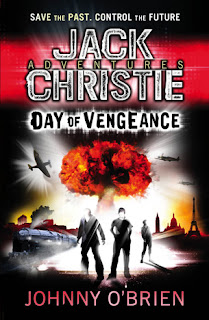 I got the idea for the Jack Christie stories when clearing out a cupboard at my Dad’s home in Scotland. It contained all this memorabilia from the First World War - when my Grandfather fought in the Irish Guards. There was all sorts of stuff - uniforms, medals and even a citation from Winston Churchill. My Grandfather was injured in the war and this got me thinking about the choices people make and the consequences that follow – even from quite trivial decisions. It also made me think about what caused the First World War – and the trigger point of the assassination of Archduke Franz Ferdinand in Sarajevo in 1914. Basically, I wondered what I would have done if I had been there and known what was going to happen – would I have stopped it and thereby perhaps prevented the war? 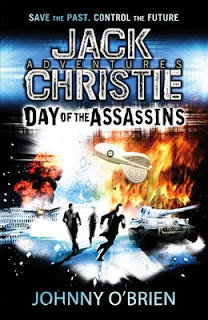 That’s the thing about history – it makes you think, in a particular situation, what would have I done? Would I have been brave enough? Would I have let people down? Would I have been a coward or a hero? It was a small jump from that to Jack and Angus – ordinary kids who go back in time and face exactly that choice. The other books in the series explore different periods of history but also revolve around ‘what ifs’ and turning points – or ‘counter-factuals’ to use the jargon. There are obviously paradoxes that arise from representing such possibilities in a story using time travel – although the ‘internal rules’ in the Jack Christie series seek to ‘manage’ these. To an extent you have to suspend disbelief for this – as with all time travel. 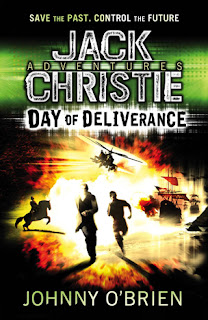 In Jack’s place, I am not sure what I would do... but the leap I am trying to get readers to make is that in the present, today, and in their personal lives we all have to make choices and these choices have an impact on those around us. In this sense there is a constant dialogue going on in your head based on what you did in the past, what your choice is now in the present and what it will mean for the future. So there is a parallel between the ‘general’ (in history) and the ‘specific’ (personal) – and what interests me is when those two things come together – just like Gavrilo Princip’s personal decision to fire the trigger and assassinate the Archduke Franz Ferdinand in 1914.


Wow! Thanks for stopping by Johnny! Check out below where else you can see Johnny stopping off on the rest of the tour!