I am a huge fan of the Divergent books... well the first two that are out already, and I am dying for the third one which isn't out until October (welp...) but we also have the Divergent movie to look forward to. It starts shooting in the next few months and is due for release next March and there is obviously a lot of excitement surrounding the project. There's a big ol' Divergent fandom out there and it's growing by the day, and as with other fandom's they're quite protective over the series and want to make sure things are done right.

And casting is a very important thing to members of any fandom!

We already knew Tris had been cast. Actress Shailene Woodley with play the lead. And we know that Kate Winslet is due to appear in the film somewhere, somehow, many suspecting she'll play Tris's mum or Jeanine... 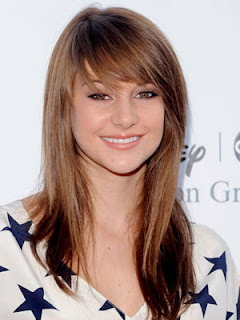 Well now we have Four! There's been a lot of rumours about Four. Alex Pettyfer has long been mentioned to be in the running and a few weeks ago someone said he'd been confirmed and there was a bit of an uproar. Personally, I don't think Alex is right for the role, and thankfully neither did the makers of the film. Because one Theo James has now been cast as Four. Check him out below looking all moody and dark - kind of Four-ish, right? He is 29, so 10 years older or so than the character... but it's the movies, they can make people look older, so why not younger?! I personally think he could be good. He looks a bit like I imagined Four, only a bit older but that, like I already said can be sorted out. 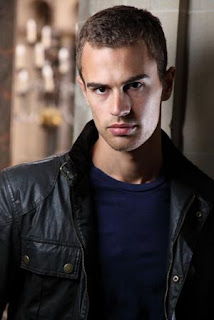 What are your thoughts on Theo? He was in The Inbetweeners Movie a few years back and was good in it. I for one just cannot wait to see this film!