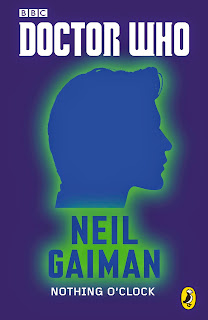 It has been a MASSIVE 12 months for fans of all things Doctor Who, what with the 50th Anniversary special last year and Peter Capaldi's inaugural season as the titular character himself, and now it's getting even bigger! With the release of a new collection of short stories, which were published last year individually as ebooks leading up the the anniversary and in a bind up, but now with a new and exclusive story written by Holly Black to celebrate the twelfth (official) Doctor.

To celebrate the release of the 12 Doctors, 12 Stories box set, Puffin arranged this blog tour which has taken us right the way from the first Doctor and will take us through to the final stop on the tour tomorrow.

I am honoured to have been asked to be a part of this, as a fan of Doctor Who (although I still have to watch half of the most recent series - so little time!!) and the fact that it is a story based on my favourite Doctor, Matt Smith's incarnation, makes it all the more exciting!

First off a little quick fire round of questions the bloggers are being asked to answer...

1) Do you have a favourite Doctor?
Yes, I do! I think I just answered that a second ago. It was a real coincidence that I was asked to review the story based on Matt Smith's incarnation of the Doctor and I could not of been happier with that suggestion! I just loved how funny he was and mental he seemed, even more so than previous incarnations.

2) Describe the Doctor in one word.
Mind-boggling.

3) If you had a TARDIS where would you go?
Speaking from a purely personal point of view I would go back to life as a teenager. Life was so much simpler back then. Oh how hindsight is a wonderful thing. Plus my grandparents were still alive and I miss them like mad so it would be nice to be able to go back and see them, if only for a little while. 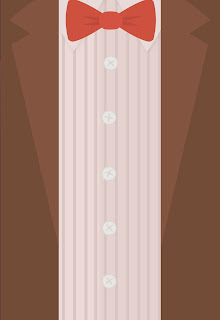 Nothing O'Clock by Neil Gaiman.

"Thousands of years ago, Time Lords built a Prison for the Kin. They made it utterly impregnable and unreachable. As long as Time Lords existed, the Kin would be trapped forever and the universe would be safe. They had planned for everything . . . everything, that is, other than the Time War and the fall of Gallifrey. Now the Kin are free again and there’s only one Time Lord left in the universe who can stop them!"

I have a bit of a funny relationship with Neil Gaiman. I cannot decide if I am madly in love with him and his work or if I don't like it at all. I sway from mindset to mindset every time I read a piece of his work. But luckily I loved Nothing O'Clock from start to finish!

I have already said Matt Smith is my favourite Doctor, and the only problem I had was Amy Pond. I am not a massive fan of her as a companion.

The baddies in this little short story are the Kin and to start with they sounded like your plain old baddie, omnipresent and dare I say it, generic, but as the story develops and you get to see more of them they actually scare you. I was actually scared. They sound disgusting and what they are doing is insane! They are literally buying the world, piece by piece.

I have to say that I think this would of made an amazing episode and given that Gaiman has written for the show previously I cannot believe this idea has not been pitched. It is so clever and so well thought out that even in such a short space of time (50 pages or so) it feels like you know all you need to know and nothing has been missed out!

A must read and a short story that has now made me want to read them all!

The new slip case edition is out now, and it feautures new and exclusive artwork. The above image is the cover for Nothing O'Clock and isn't it amazing? Each one is the Doctor's outfit! So cool! I'm looking forward to getting my hands on this set at some point!