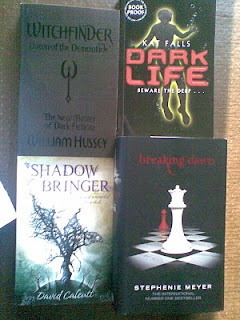 In My Mailbox idea from Kristi @ The Story Siren, and all links take you to Amazon.
Yay. Wow. What a week it's been. An amazing first week in the blogosphere, and I have loved every second! I got some very cool books this week. So without further ado, my first ever In My Mailbox (but being British I've re-jiggled it to postbox).
For review: 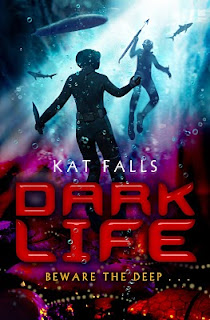 Dark Life by Kat Falls
"Ty has lived under the ocean for his entire life. Following global warming and the rise of the seas, his family joined an underwater community in hopes of living in the new frontier of the ocean floor. But When Ty meets Gemma, a girl from "topside", who is searching the seas for her brother, she quickly makes his life very complicated. Together Ty and Gemma face dangerous sea creatures and venture into the frontier town's rough underworld as they search for her missing brother. But the deeper they dig, the more attention they attract, and soon Ty and Gemma find themselves being hunted by a gang of outlaws who roam the underwater territories causing havoc, and who seem to have eerie abilities. But Ty has a secret of his own, living underwater for his entire life has meant he has also developed a "special" power. Can he keep it a secret from Gemma and his family or is it time for him to finally tell everyone the truth?"
UK Proof. Thank you so much to Jo for this one! :D
- 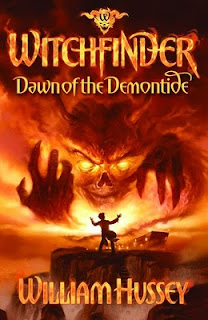 Witchfinder: Dawn of the Demontide by William Hussey
"The first in a terrifying trilogy, read on if you dare: Jake could now see the demon fully. Its body was a mass of steely sinew, its arms roped with muscle. Six fingers sprouted from its hands, each ending in lethal talons. The thing did not possess a nose; instead a large hole, bubbling with green mucus, occupied the middle of its face. Mr Pinch's tongue flickered between his teeth and slurped across his fat lips. He was hungry. When a violent storm rages around the little village of Hobarron's Hollow, a young boy is sacrificed 'for the greater good'. His blood is used to seal a mystical doorway and prevent an apocalyptic disaster known only as the Demontide. Twenty-five years later, another boy, Jake Harker, is about to be drawn into the nightmare of the Demontide. Witches and their demon familiars stalk his every move, and his dreams are plagued by visions of a 17th Century figure known only as the Witchfinder. When his father is abducted, Jake must face the terrible secrets kept by those closest to him and a shocking truth that will change his life forever . . ."
UK proof. Thanks to Michelle Harrison at OUP for this one!
- 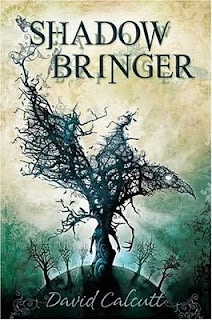 Shadow Bringer by David Calcutt
"
It starts when Nathan is out walking in the fields with his dog. Something is watching him - something menacing and dangerous. Something without a shape, that he can't get out of his head. The Creature. Then there's the noises he starts to hear in the attic. Shuffling. Scratching. Even a voice. The Bogeyman. Somehow Nathan knows that the Creature and the Bogeyman are the same thing. And whatever it is, it's after him. As soon as it's strong enough, it will show Nathan what it really wants. And it's growing stronger all the time..."
Again, thanks to Michelle Harrison at OUP for this!
Brought: 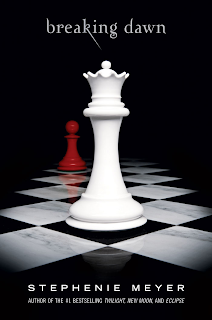 Breaking Dawn by Stephenie Meyer
"
To be irrevocably in love with a vampire is both fantasy and nightmare woven into a dangerously heightened reality for Bella Swan. Pulled in one direction by her intense passion for Edward Cullen, and in another by her profound connection to werewolf Jacob Black, she has endured a tumultuous year of temptation, loss and strife to reach the ultimate turning point. Her imminent choice to either join the dark but seductive world of immortals or pursue a fully human life has become the thread from which the fate of two tribes hangs. Now that Bella has made her decision, a startling chain of unprecedented events is about to unfold with potentially devastating and unfathomable consequences. Just when the frayed strands of Bella's life - first discovered in Twilight, then scattered and torn in New Moon and Eclipse - seem ready to heal and knit together, could they be destroyed...forever?"
Thanks to my mum for this!
Posted by Ryan at 16:08