Hi guys! So it has been a little while since I've actually posted a review or anything like that apart from the Doctor Who feature a few weeks ago which was a lot of fun! I've been busy with work and also combatting some pretty nasty pain that I am hopefully now, with the help of my doctor, in the process of conquering! I have also, as I mentioned in my previous post, been trying to get out myself out of a colossal reading slump that I didn't think would ever end, but thankfully it has! So I am back and hoping to post a lot more regularly!

A week or so ago now, on the actual release day, I went to see Mockingjay Part 1 and boy oh boy was it amazing. So amazing in fact that I decided to write a review. I never really review films, but I am thinking of reviewing adaptations every now and again. Comparing them to the books, what I thought and whether I liked it or not. There are a lot coming up soon (Roald Dahl's Esio Trot has been made into a tv movie and will be on over Christmas, the same for David Walliams' The Boy in the Dress) so it is just something I wanted to try...

Anyway, yes... MOCKINGJAY!! Please be warned that there may be spoilers ahead. If you haven't read the books or seen the movie then read at your own peril! You have been warned!! 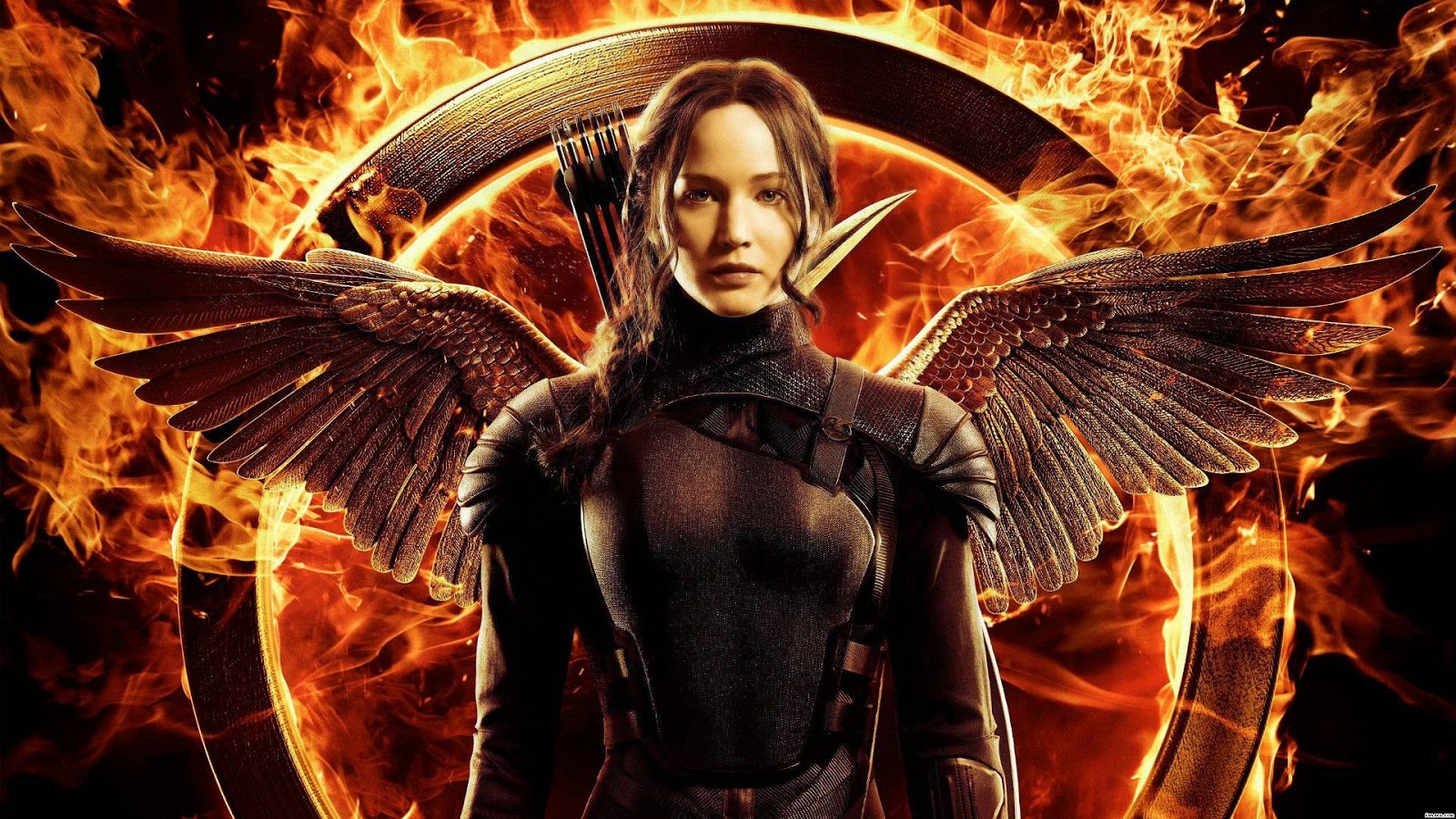 Oh man! I knew this movie would play with me. I knew that it would leave me a complete and utter mess, just like the book itself did. I personally feel like the book is HUGELY underrated. Yes, it wasn't as action-packed as the first two, but something that does annoy me is that people seemed to be expecting another games. I don't think some people, especially people who haven't read the books, realise that after what happened at the end of Catching Fire there was no going back and things were going to be completely and utterly different. Katniss was now at war. Both with herself and her choices, and alongside the rebels against President Snow. The book, for me anyway, is an emotionally charged story of war that highlights the consequences you can face both with your decision making and your actions. Having re-read the book prior to going to see the movie this was only re-iterated to me and I really noticed it this time around more so than ever before I think.

The first half of the book was more about the build up to what it so come in the second half, so naturally Part 1 was always going to be more story driven, more narrative driven, more emotionally driven, as things were being laid out in plain sight ready for the final showdown to come in Part 2. Personally I do not think Part 1 was lacking in the action department. I mean the scenes in District 8 literally had me on the edge of the seat and I bit down all my nails right to the quick. I was rapt and could not even for a millisecond drag my eyes from the screen. Then there was the blowing up of the hydro dam in District 5. STUNNING scenes! Stunning, beautifully executed and well placed as well.

I feel like the pacing of the film was done really well. The action sequences were nicely placed so that just when it might of started to feel slow, BAMN, action, BAMN, explosions and death and loss of electricity. BAMN BAMN BAMN!

And the MUSIC!!!! Can we talk about the score for this film! Lorde (pun intended) have mercy! James Newton Howard has done another stellar job with the score. They just keep getting better and better! I like that he keeps the same sounds but builds on them. Makes them more and more menacing, more and more haunting, every film and this time it is simply stunning. I have purchased all of the movie scores for the series so far and as soon as this one popped up on iTunes I just had to have it! Not least of all because of The Hanging Tree... Oh god! The Hanging Tree! What were once just words on the page, read like any normal sentence, not with a melody in mind or anything like that, have been transformed into what is now a stunning and haunting and infections song that makes you want to weep buckets and yet listen to it over and over again on repeat... Something that I haven't been doing... I swear... Okay... Just A LOT! It's been on repeat on my iPod so much the last week it is insane! But it is so good! JLaw says she cannot sing - well JLaw lies!

And it isn't just The Hanging Tree music that is incredible. It's the whole thing. I love the music that played along with the air raid scenes in District 13. The music when Katniss goes back to District 12 on her own and the bit where she finds the bodies... It's just so, so perfect and I cannot wait to see how they build upon it for Part 2!

The scene with The Hanging Tree has to be my favourite part I think, or at least one of them. It was so well done, so well filmed and the mockingjay just perched on the rock was such a nice touch. I love how it kept going and transformed from just Katniss, to Katniss and the people in the districts. It was so powerful, so beautiful, I may of had a tear or two.

And the ending. Oh wow! The ending. Controversial opinion alert... I with they had finished it the first time the screen blacked out. I think it would of worked better as a cliff hanger and would of had people in uproar demanding to see or read what happens next. I just think it would of been ten times more epic. But at the same time I do like they way it actually did end. Coins speech does feel like a definitive closing point and did make sense.

And the acting! Oh my the acting has ramped up a bit hasn't it? JLaw as per the usual was incredible but in this one... Man! If she doesn't get an Oscar for this one I will be furious. This is without a doubt her most Oscar-worthy performance yet. She shows just how damaged Katniss is, both by the games and by the weight that is being placed on her shoulders as she becomes the Mockingjay. I thought that Josh was immense in this one and even though he doesn't have that much screen time, his performance is so memorable and moving and dark and just so good. I loved Effie even more in this movie despite my reservations that she was being put in the film when she wasn't in the book. I like that she replaced Fulvia who I wasn't that much of a fan of in the book, and did it really well. The "they're either going to want to kiss you, kill you or be you line" had me shivering! So good!

The sight of Johanna and Peeta as well at the end, seeing what the Capitol had reduced them to was almost too much! It made me feel so sad and sorry for them! And the strangling scene! OMG IT WAS EVERYTHING I EVER DREAMED OF! It was incredible and had me squirming in my seat! Literally, hearing the whole cinema scream in shock especially when the screen blacked out was INCREDIBLE! So good, so well done!

I have to say that Francis Lawrence is doing an INCREDIBLE job! I love that he is so adamant that the films need to stay as close to the books as possible. It's so reassuring as a fan to have him at the helm and I can only say that I am so glad that Lionsgate chose him to close out the series! He just has this knack of getting it and the last 2 have been so beautifully filmed and pieced together. It's very reassuring!

So overall I think it's safe to say I enjoyed Mockingjay Part 1! Ha! Who am I kidding, I freaking loved it! I think that it's the best of the films so far and reject that the lack of action makes it boring. Boring it most definitely is not. All the action has been saved for the finale to offer up a slice that is going to literally slay us all! Mark my words. Part 2 is going to wreck us even more than Part 1! I'm not going to lie I was close to tears watching the movie and knowing what is to come only makes me nervous for next November. But as well as being nervous I simply cannot wait! Bring it in Lionsgate! Bring it on!