So it is that time of year again. A time for end of year lists where we get to look back at the year, wonder where it went and look at all the amazing cover art we saw this year. From a gay kiss on David Levithans aptly titled, Two Boys Kissing, to a rose with a bullet hole through it on Marie Lu's Champion, 2013 has had its fair share of amazing covers. So without further ado, here are my top 10... 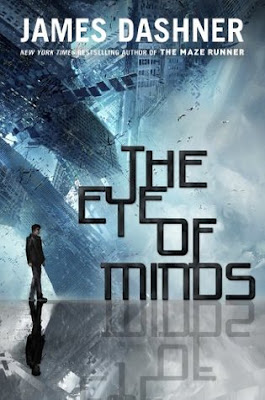 10) The Eye of Minds by James Dashner.
This cover has a feel of Inception about it. It's dark, moody, the way the building is all splintered and folding in on itself. I love it. And it looks amazing in its physical form as it's all foiled and cool, and blue and shiny! Awesome stuff! 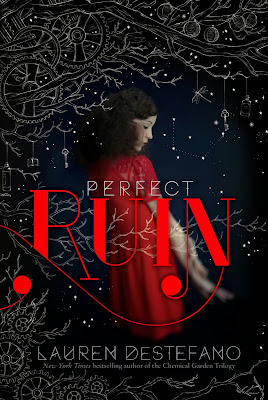 9) Perfect Ruin by Lauren DeStefano.
What a beautiful cover, huh? It's so cool physically as well. All the etching and the stars are foiled. It looks so cool. I love the colouring and everything! 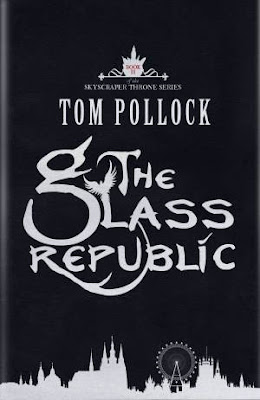 8) The Glass Republic by Tom Pollock.
Following in the same vein as the first book in the trilogy, The City's Son, this books cover is stunning. I love the way the London skyline is used and the font used for the title. Perfection! 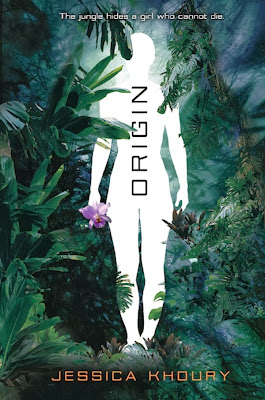 7) Origin by Jessica Khoury.
I remember when I first saw this cover being a little breathless because it's so beautiful. The jungle, the figure coming out of it and the fact that we cannot see their face or who they are adds some mystery to it which I love and it means we still get to use our own imagination as to who this character is. 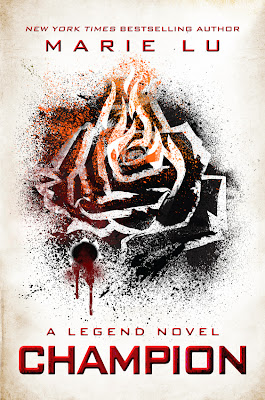 6) Champion by Marie Lu.
Ahhhhhh... Every time I see this cover I want to touch it, frame it, hang it out for the world to see. It's simple. Beautiful. Stunning, even. The rose, the bullet hole, the colouring. I love this cover so much. A great cover for the ending of a trilogy! 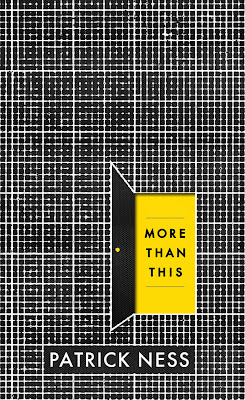 5) More Than This by Patrick Ness.
Another cover that needs to be framed for the whole world to see. It's so cool. So beautiful. And on the actual book the door is cut out and the title is printed on the page underneath. It's a very cool little effect that I love. I like little things like that, it shows that some real thought has gone in to it. 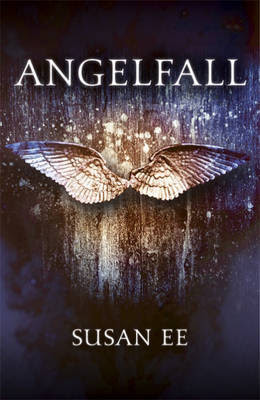 4) Angelfall by Susan Ee.
I love how dirty it looks. The grungy background. The wings. Just so cool and it reflects what is going on in the story perfectly. 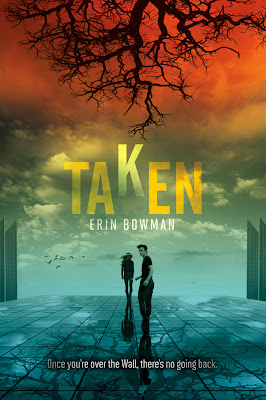 3) Taken by Erin Bowman.
The colours. The reflections in the floor. The tree. I love this cover so much. If you get the actual book you have to check out the spine. It is so cool. It's matte black, and then the title is in colour like the front cover and it's shiny and just awesome! The cover for the second book in the trilogy, Frozen which is due out in April 2014, is even better! AMAZING!!! 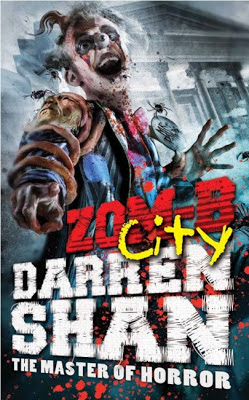 2) Zom-B City by Darren Shan.
This cover still, to this day, gives me the creeps despite that fact that it was unveiled over a year ago now and released in March. It's so creepy. Every time I look at it I notice something new, something different. That's the thing with a lot of Darren's covers, there are several layers, things that catch your eyes immediately like the fact it's a creepy ass clown, with an eye for a nose. Then there are things you notice later like the spiders, the entrails wrapped around his arm. Ugh. It's a disgusting cover really, but so effective and so cool at the same time! BRAVO!!

And finally, in first place... 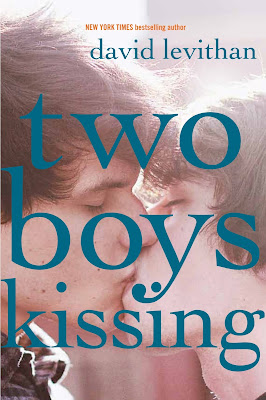 1) Two Boys Kissing by David Levithan.
This has to be my favourite cover I've seen all year, obvious I guess, seeing as it's made number one. Haha. It's just what is needed at the moment I think. We need more people to become familiar with this image. It's important, it's powerful and I feel it'll help normalise being gay. This year was a big year for me as I think I finally accepted my own sexuality, partly helped by reading this book, and came out to everyone in my life this month. So this cover and the book itself hold a special feeling and memory for me. So for several reasons this is my favourite cover of 2013!

So, do you agree with my choices? What was your favourite cover of 2013? Comment below and let me know!
Posted by Ryan at 12:00