I freaking loved this book so am delighted to have been asked by the lovely people of Walker to be a part of this! Enjoy! And make sure you don't miss this book!
- 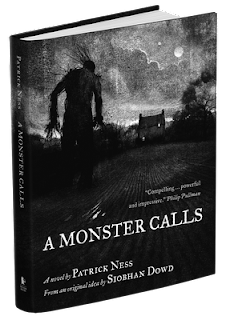 “You’ve had breakfast?” his mum asked, leaning against the kitchen doorframe.
“Yes, Mum,” Conor said, rucksack in his hand.
“You’re sure?”
“Yes, Mum.”
She looked at him doubtfully. Conor rolled his eyes. “Toast and cereal and juice,” he said. “I put the dishes in the dishwasher.”
“And took the rubbish out,” his mum said quietly, looking at how neat he’d left the kitchen.
“There’s washing going, too,” Conor said.
“You’re a good boy,” she said, and though she was smiling, he could hear sadness in it, too. “I’m sorry I wasn’t up.”
“It’s okay.”
“It’s just this new round of–”
“It’s okay,” Conor said.
She stopped, but she still smiled back at him. She hadn’t tied her scarf around her head yet this morning, and her bare scalp looked too soft, too fragile in the morning light, like a baby’s. It made Conor’s stomach hurt to see it.
“Was that you I heard last night?” she asked.
Conor froze. “When?”
“Sometime after midnight, must have been,” she said, shuffling over to switch on the kettle. “I thought I was dreaming but I could have sworn I heard your voice.”
“Probably just talking in my sleep,” Conor said, flatly.
“Probably,” his mum yawned. She took a mug off the rack hanging by the fridge. “I forgot to tell you,” she said, lightly, “your grandma’s coming by tomorrow.”
Conor’s shoulders sank. “Aw, Mum.”
“I know,” she said, “but you shouldn’t have to make your own breakfast every morning.”
“Every morning?” Conor said. “How long is she going to be here?”
“Conor–”
“We don’t need her here–”
“You know how I get at this point in the treatments, Conor–”
“We’ve been okay so far–”
“Conor,” his mum snapped, so harshly it seemed to surprise them both. There was a long silence. And then she smiled again, looking really, really tired.
“I’ll try to keep it as short as possible, okay?” she said. “I know you don’t like giving up your room, and I’m sorry. I wouldn’t have asked her if I didn’t need her to come, all right?”
Conor had to sleep on the settee every time his grandmother came to stay. But that wasn’t it. He didn’t like the way she talked to him, like he was an employee under evaluation. An evaluation he was going to fail. Plus, they had always managed so far, just the two of them, no matter how bad the treatments made her feel, it was the price she paid to get better, so why–?
“Only a couple of nights,” his mum said, as if she could read his mind. “Don’t worry, okay?”
He picked at the zip on his rucksack, not saying anything, trying to think of other things. And then he remembered the bag of leaves he’d stuffed into the rubbish bin.
Maybe grandma staying in his room wasn’t the worst thing that could happen.
“There’s the smile I love,” his mum said, reaching for the kettle as it clicked off. Then she said, with mock-horror, “She’s going to bring me some of her old wigs, if you can believe it.” She rubbed her bare head with her free hand. “I’ll look like a zombie Margaret Thatcher.”
“I’m going to be late,” Conor said, eyeing the clock.
“Okay, sweetheart,” she said, teetering over to kiss him on the forehead. “You’re a good boy,” she said again. “I wish you didn’t have to be quite so good.”
As he left to head off for school, he saw her take her tea over to the kitchen window above the sink, and when he opened the front door to leave, he heard her say, “There’s that old yew tree,” as if she was talking to herself.
The fifth extract of A Monster Calls will be posted by Carla over on The Crooked Shelf, Monday 9th May…
You can follow Patrick on twitter, become a fan on facebook, or visit his website.
Posted by Ryan at 09:00