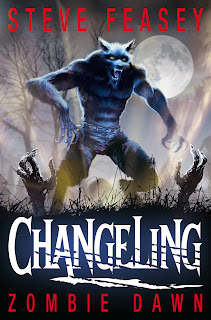 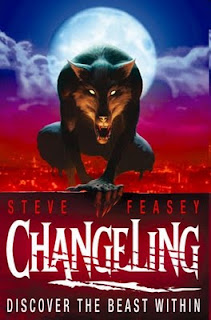 Hi Steve! First of all, welcome to the blog!! Changeling took vampires, werewolves and demons and melded them together brilliantly. Was it hard for you to take three such iconic creations and build your own story around them? Trying to stay true to the horror of their nature and yet write something completely different to everything out there?


Hi Ryan. Thanks for having me along on the blog. The answer to you first question is that I wanted to investigate some of those classic creatures and see if they could be reworked in a way that is fresh and interesting. The idea of having a reformed vampire in the shape of Lucien Charron, and demons that were not always the bad guys lent itself to this, and I had great fun spinning these tropes into my world. There’s a lot of great horror being written for young adults and teenagers at the moment, and you have to try and keep things distinctive if you’re going to hold on to that audience.
Where did the inspiration of Trey actually come from? And how has he developed from the first time you thought of him, to the very end of Zombie Dawn? 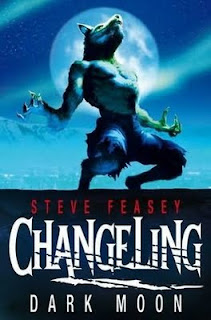 I guess I have to admit that there’s a big chunk of me in Trey – or the me that existed when I was his age. Growing up, I always felt like a bit of an outsider, and that I didn’t fit in with most of the people around me. I think I just ramped that concept up acutely and made Trey ‘not fit’ in the most extreme way - hey, the guy discovers he’s not even human for heaven’s sake! But I like the fact that despite everything he finds a new ‘family’, even if it is one made up of vampires, sorceresses and the like.
Trey goes on a big journey through the books, and I was constantly striving to make that journey feel real for the reader. I love the way he slowly and reluctantly grows into his powers so that at the very end he is in complete control of what and who he is. I think Demon Games is the book in which Trey really comes to terms with what he’s become.
5 books in 3 years. Where was Steve Feasey then, and where is he now?
I have to admit that if somebody had told me I’d go from an unpublished writer who’d never tried to write before to having five books out in three years, I’d have laughed in their face. It’s been an incredible journey, and I’ve learned a lot about myself and about publishing. I’m working on my new series now. It’s strange not writing about Trey and Alexa and co. but at the same time it’s also quite exciting. I haven’t ruled out the idea of revisiting Trey in the future, but for now it’s all about the new books. 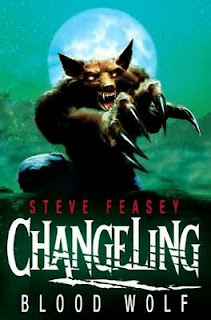 If someone held you at gunpoint, and made you pick which of the books is your absolute favourite, no second choices, no hmm-ing and arr-ing and definitely no “they’re like my children, I cannot possibly choose which one, take me instead!”, which would you choose and why?
Blood Wolf was a book that meant a lot to me. It was the book in which Trey really gets put through the ringer and learns the most about his family and how he came to be a pureblood werewolf. It doesn’t have the same amount of action sequences in it as something like Demon Games or Zombie Dawn, but it’s still the book I most enjoyed reading back again after it was finished.
[That’s a tough question, Ryan!]
What is your general writing process. From getting the idea, to publication?
I’m a ‘flying-by-the-seat-of-your-pants’ writer. I’ll have an overall idea what the book will be about, and if I’m lucky I’ll have two or three key scenes that I hope will make it in there, but beyond that there is no planning, I don’t plot at all, and prefer to kick off and see where the characters take me.
I write in the daytime. I find that by the evening my head is so frazzled that I can’t concentrate.
I also HATE showing anyone any of my work until I’m happy it’s ‘finished’. I recently had to show my editor the opening chapters of the new series, and it was like having root canal treatment at the dentists! 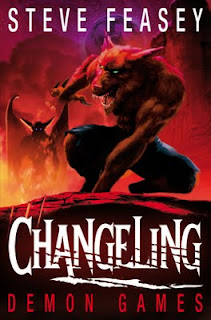 You’ve got such brilliant covers! The cover for Zombie Dawn is perhaps one of the most drool-worthy and hauntingly beautiful covers I’ve seen this year! How much say do you have in the covers?
With the first few books, very little. But I was lucky enough to have a say in the Zombie Dawn concept, and I’m delighted with the way it came out. Kev Walker, the artist who creates the coverwork, is an amazingly talented guy.
And the final question, if someone walked up to you right now, and asked you to explain the series to them in one sentence, what would you say?
A snarling, gnashing, howling series of books exploring the best and most exciting aspects of horror and adventure, all wrapped up in the classic good-versus-evil struggle for ultimate power. (Hmmm, that was trickier than I thought it would be…)
Thank you so much Steve! Such an honour to have you on the blog! Any last words to the guys and gals out there? Perhaps waiting for their chance to be published or currently (or waiting to…) devouring the series?
Writing the Changeling books has been a blast. I set out to write the books I would have loved to have read as a young adult, and I think I’ve succeeded in that. I think the key to writing is to always do just that – write what you love.
And for those readers that haven’t finished the series yet – you’ve got a few shocks and surprises waiting for you up the road. Things might not turn out the way you expect them to!
____
Brilliant stuff! Thanks Steve! Look out for the next stop on the Zombie Dawn tour, when it stops off at Wondrous Reads on Monday!! (9th May...)
Posted by Ryan at 07:00