More Than This cover revealed!

I'll admit I haven't read the Chaos Walking trilogy by Patrick Ness. It's a fact I know many bloggers would probably have stern words with me about, but I just haven't gotten around to them yet. I have all 3 on my Kindle so one day I will. But I have read A Monster Calls and I have a copy of The Crane Wife sitting high and pretty on my reading pile, so it's fair to say I do like me a bit of Patrick Ness! And I am hell-a excited for his next book. We know pretty much nothing really, but it sounds awesome from what we do know and the cover is AMAZING! Feast your eyes upon it's beauty! And roll on September so we can read it! 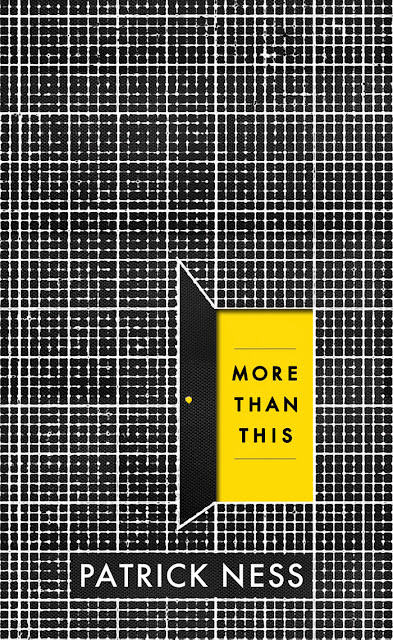 "A boy named Seth drowns, desperate and alone in his final moments, losing his life as the pounding sea claims him. But then he wakes. He is naked, thirsty, starving. But alive. How is that possible? He remembers dying, his bones breaking, his skull dashed upon the rocks. So how is he here? And where is this place? It looks like the suburban English town where he lived as a child, before an unthinkable tragedy happened and his family moved to America. But the neighbourhood around his old house is overgrown, covered in dust, and completely abandoned. What’s going on? And why is it that whenever he closes his eyes, he falls prey to vivid, agonizing memories that seem more real than the world around him? Seth begins a search for answers, hoping that he might not be alone, that this might not be the hell he fears it to be, that there might be more than just this. . . ."