So the long awaited Yassen book is finally coming out. Anthony has been talking about this book for years. The last time he'll tackle the world of Alex Rider and it's something of a prequel, surrounding a certain assain, Yassen! I for one am looking forward to it, and now we get our first glimpse into what Anthony has in store for us. The US artwork has appeared online, on Borders and Amazon so it's safe to say things are about to kick off. I can't wait to see what Walker have up their sleeves for the UK cover! 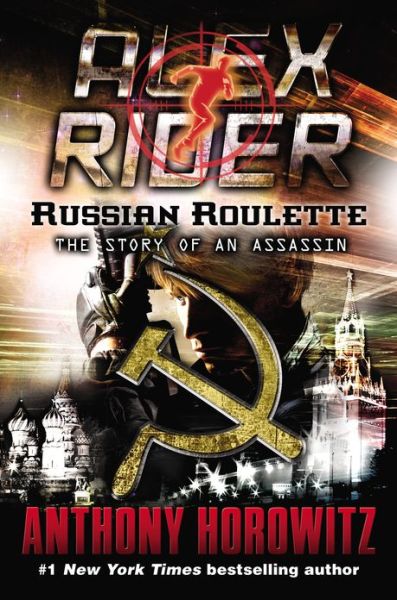 "Every story has a beginning. For teen secret-agent Alex Rider, that beginning occurred prior to his first case for MI6, known to all as Stormbreaker. By the time that mission came to be, Alex's father, a secret-agent in his own right, has been murdered. And when Alex's uncle was murdered by the assassin Yassen Gregoravich, Alex was essentially left orphaned. Yet at the conclusion of the novel, when Yassen has the chance to kill a vengeful-minded Alex, he chooses not to. This story tells us why.
Much in the way that Alex's uncle mentored Alex, preparing him for a life in espionage, Alex's father once mentored Yassen. Yassen was the original Alex Rider—a teenager meant to work for MI6. Instead, he turned rogue assassin.
This web of emotion and deceit forms the basis of the last of the Alex Rider novels, a spy thriller in the vein of classic James Bond for teens.
From the #1 internationally bestselling author of STORMBREAKER, ARK ANGEL, CROCODILE TEARS, SCORPIA RISING, and the rest of the acclaimed Alex Rider novels comes the spy thriller readers have been waiting for."

Russian Roulette is out in October.