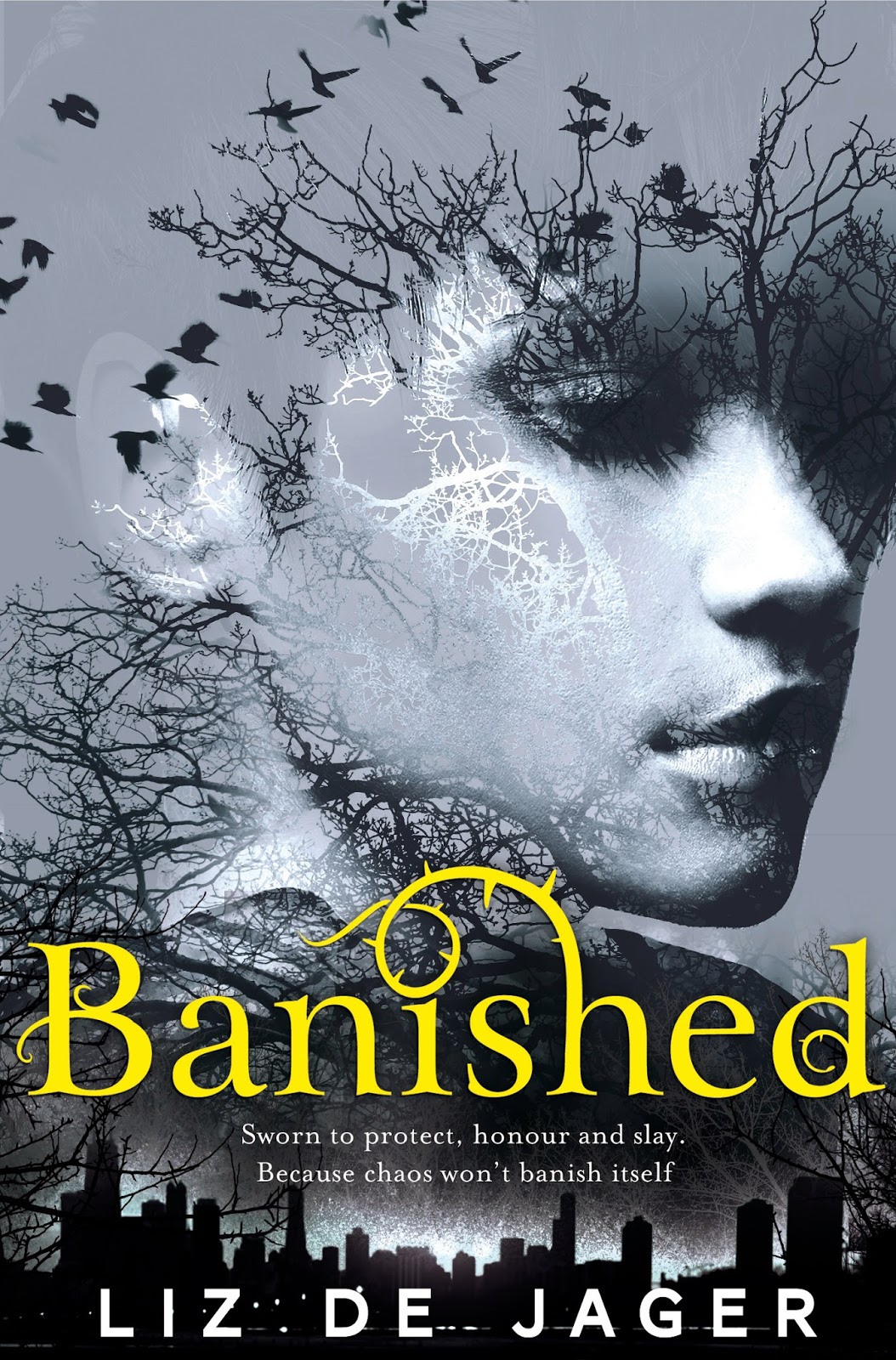 Official synopsis: "Kit is proud to be a Blackhart, now she's living with her unorthodox cousins and sharing their strange lives. Especially since their home-schooling includes spells, fighting enemy fae and using ancient weapons. But it's not until she rescues a rather handsome fae prince, fighting for his life on the edge of Blackhart Manor, that her training really kicks in. With her family away on various missions, Kit must protect Prince Thorn, rely on new friends and use her own unfamiliar magic to stay ahead of Thorn's enemies. As things go from bad to apocalyptic, fae battle fae in a war that threatens to spill into the human world. Then Kit pits herself against the Elder Gods themselves - it's that or lose everyone she's learnt to love.

I'm going to start of by saying that generally I am not a big fan of all things fae. Fairies. But Banished has turned me into a complete convert! It's the first book in the Blackheart Legacy trilogy which is set to see a second book published this November, Vowed, and the third and final book next year some time. You can see the cover above and you can see for yourself just how beautiful, eye catching and original it is. Definitely one of my favourite covers I've seen released this year so far!

Anyway, back to the book! Liz is something of a legend in the world of Book Bloggers. For years she ran My Favourite Books which only closed it's reviewing doors last year as Liz was in the middle of making the transition from one side of the fence where all the Bloggers are, to the other where all the authors are. Personally it's been very exciting to watch Liz's transition. I make no secret of the fact that I would love to be published one day - it's been my dream for years - and watching one of our very own do it is so inspiring and so damn cool. But there was some trepidation for me going into this book. With Liz being such a prolific blogger and reviewer one does have to wonder if a reviewer would take notice of their own advice or learn from their experiences of reading countless review copies and know exactly what they need to do to get the reader right where they want them. I wondered if the transition could work. And boy oh boy it works.

Banished is fast paced, hugely entertaining and down right fun to read. It had me racing through the pages wanting to see what was going to happen next. It's so action packed that I would force myself sometimes just to take a minute or two to allow my mind to calm down and to breathe as I tried to process what was going on. This was helped by little snippets at the beginning of each chapter that gave an extra insight into the world, be it a place or a creature. These snippets were great fun and so clever and well done that I wanted more more more! I hope this is something that continues throughout the remaining two books of the trilogy because I found them to be a great little addition to what is already an awesome books.

The characters are great too, Liz has assembled a stellar cast. Kit herself is feisty, strong willed. And then we have Thorne. Fae royalty, who is something of an enigma. He's guarded, careful what he gives away, and yet there's something about him that just draws you in. I also loved Kit's cousins who had me laughing at times, I have to admit.

A big part of the cast are of course the creatures known as Fae. So many different supernatural creatures lie in wait and it's great fun to see some re-imaginations of famous or well known creations. The world of the Fae is so well thought out that you can just imagine Liz sat in her home, listening to her playlists she loves and plotting it all out, working out this thing or that thing and making sure it all slots together. Reading the book you can feel the hard work that has gone into it. The book just oozes pure determination on her part.

I'm not going to say too much about the plot of the book simply because it's one of those reads where you just can't really summarise it without either giving things away or just ranting on and on and on, basically retelling the book just shaving off a large chunk of the word count. All I can say is that once I started I didn't want to stop and it saddens me that there are still six months to go until we can see what happens next in Vowed. I for one cannot wait. I'm absolutely chomping at the bit to dive back into this incredible world. If you haven't yet read Banished, make sure you get that sorted out ASAP. It's unacceptable!
Posted by Ryan at 21:00