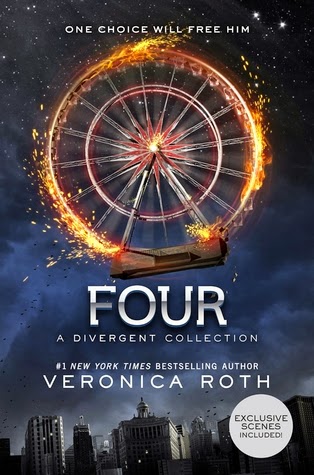 "Two years before Beatrice Prior made her choice, the sixteen-year-old son of Abnegation’s faction leader did the same. Tobias’s transfer to Dauntless is a chance to begin again. Here, he will not be called the name his parents gave him. Here, he will not let fear turn him into a cowering child.

Newly christened “Four,” he discovers during initiation that he will succeed in Dauntless. Initiation is only the beginning, though; Four must claim his place in the Dauntless hierarchy. His decisions will affect future initiates as well as uncover secrets that could threaten his own future—and the future of the entire faction system.

Two years later, Four is poised to take action, but the course is still unclear. The first new initiate who jumps into the net might change all that. With her, the way to righting their world might become clear. With her, it might become possible to be Tobias once again.

From #1 New York Times bestselling author Veronica Roth comes a companion volume to the worldwide bestselling divergent series, told from the per-spective of the immensely popular character Tobias. The four pieces included here—The Transfer, The Initiate, The Son, and The Traitor—plus three additional exclusive scenes, give readers an electrifying glimpse into the history and heart of Tobias, and set the stage for the epic saga of the Divergent trilogy."

I fell completely head over heels in love with the Divergent trilogy as any long term followers of my blog will know. I was lucky enough to get a early proof copy back in 2010 before the book came out and since then I have been a mega fan of all things Roth and a certain Mr. Tobias "Four" Eaton. So this book is going to be right up my street, I just know it. The only problem I have is that this is the US cover so it'll take a bit longer to get to me but I have to have the US cover so it matches my hardbacks I also got from America because those covers slay! Flaw free! I am so excited! Roll on July! Only another month!!!
Posted by Ryan at 07:00