Hi Don! First of all welcome to Empire of Books and thanks so much stopping by! Swim the Fly encapsulates Summer for me, and when I read it I was instantly transported back to my own School Summer holidays (not that long ago… but still), how did you feel writing it and did it have you reminiscing at all?
I had an absolute blast writing it. The story brought me right back to being fifteen years old and being on swim team. It had me reminiscing about those long summer days where me and my friends would hang out and get into all sorts of mischief.
What were you like at Matt, Coop and Sean’ age? Do we get any glimpse of your younger self in the book?
I think I was very much like these boys. Mostly, I was probably like Matt. All those emotions and feelings of awkwardness. Knowing that I liked girls and wanted a girlfriend but having absolutely no clue how to go about talking and interacting with girls on a romantic level.
Is there any particular scene that you had the most fun writing, or perhaps one you want people to know about more than any other?
So many of the scenes were fun to write about. I think the scene in the girls locker room was particularly fun for me to write, though I don’t want to give away too much for those who haven’t read it. I think I really enjoyed just getting my characters into all sorts of trouble and then trying to figure out how to get them out of it.
What is the most daring thing you have ever tried to do during one Summer? And did you succeed?
That’s a tough one. I don’t know that there was ever anything particularly daring that I did. My friends and I would do fairly risky bicycle and skateboard stunts, like creating ramps and trying to jump over lined-up garbage cans (which I do not recommend, by the way). We’d also leap off our roofs with open umbrellas in hopes that they’d act as parachutes (they didn’t). I wouldn’t say these were so much daring as not terribly well thought out. 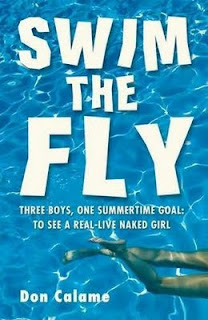