I am a massive Darren Shan fan, so when he announced a year or so ago that he had a new series starting Autumn 2012 I could not of been more excited. Fast forward, and there are just 2 and a bit months to go until the book is out. We know now that it's called Zom-B, and there are going to be 12, yes 12!!!, books in the series! It's also being published in America around the same time, and both cover looks are pretty different... 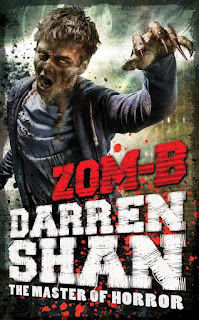 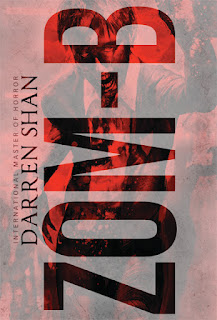 Now, both covers are pretty grisly. That is for sure. The UK one always makes me shudder whenever I see it. The way the guy looks... UGH! I like the colouring on the cover and the way the text is written. And with the US cover... I'm sorry but that is just scary. The expression on that guys face! Seriously. He looks terrible - quite literally! I like the subtelty of it, and yet it's all over the top gore. Love it! I love both of them. It's kind of hard for me to choose, but I know if I was to walk into a book shop now, I'd choose the UK cover. The American cover just freaks me out way too much.