The First by Jason Mott [Review] 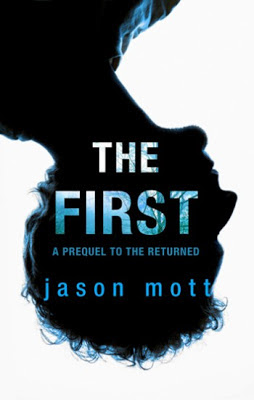 Official synopsis: "In Jason Mott’s haunting and unforgettable debut novel, The Returned, an impossible miracle is occurring all across the globe. Read how it all begins in this short story, The First. It’s been just over a year since Edmund Blithe died, and just over a month since his fiancée, Emily, stopped wearing her engagement ring. Emily has finally begun to move on… Until Edmund mysteriously and inexplicably returns, sending the world—and Emily—into a tailspin. Edmund is only just the beginning. Around the world, people’s loved ones are returning from beyond, seeking only to reenter the lives they left behind. As the world dives deep into uncertainty, Emily and Edmund are determined to find their way back to one another…even if it means risking everything. The reappearances continue in The Sparrow, and look for The Returned from Harlequin MIRA, a moving tale of a family given a second chance at life and a world where nothing—not even death—is certain."

There have been all kinds of amazing things said about Jason Mott's debut novel, The Returned, which is due for release this Summer and to drum up even more excitement for the release there are going to be a series of eBook shorts released to kind of show people what to expect and also explore the world a little more.

The First is... well... it's the first of three eBooks which will continue with The Sparrow which came out on 1st July and The Choice which is due on 1st August. They're relatively short. Equating to 24 pages in print, according to the Amazon listing, they are quick reads designed to whet your appetite and The First did just that for me. While the format doesn't lend itself well to a lot of build up or much emotion, this did surprise me. It drew me in and I instantly wanted to know what happened to the characters, Emily and Edmund, next. Will they be reunited? Will things be like they were before the accident? How has this happened? Wasn't Edmund buried? Emily had seen his coffin lowered into the ground...

Very good, but like I say there wasn't much room to explore, but it did make me excited for the book itself which is currently on my to read list, and I cannot wait to get to it.

You can download The First, and now The Sparrow, for free on Amazon for your Kindle. It's free. Why not give it a go?

Get The First here...

Labels: 2013, Jason Mott, Reviews, The Choice, The First, The Returned, The Sparrow