This week, seeing as there are a few books I am very excited about, and they're all published by the same publisher, I thought I'd do a Waiting On Wednesday: HaperCollins Highlight! 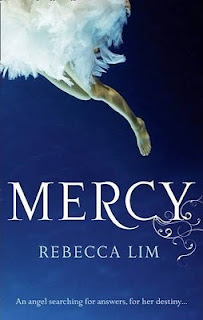 Mercy by Rebecca Lim.
Format: Paperback.
Released: 28th October 2010.
Amazon UK
"There's something very wrong with me. I can't remember who I am or how old I am, or even how I got here. All I know is that when I wake up, I could be any one. It is always this way.
There's nothing I can keep with me that will stay. It's made me adaptable.
I must always re-establish ties.
I must tread carefully or give myself away.
I must survive.
Mercy doesn't realise it yet, but as she journeys into the darkest places of the human soul, she discovers that she is one of the celestial host exiled with fallen angel, Lucifer. Now she must atone for taking his side. To find her own way back to heaven, Mercy must help a series of humans in crisis and keep the unwary from getting caught up in the games that angels play. Ultimately she must choose between her immortal companion, Lucifer, and a human boy who risks everything for her love."


This sounds brilliant and the cover looks fantastic. Plus I've really gotten into angels lately. Much better than vampires, right?!

-
Department 19 by Will Hill


"In a secret supernatural battle that's been raging for over a century, the stakes have just been raised – and they're not wooden anymore. When Jamie Carpenter's mother is kidnapped by strange creatures, he finds himself dragged into Department 19, the government's most secret agency. Fortunately for Jamie, Department 19 can provide the tools he needs to find his mother, and to kill the vampires who want him dead. But unfortunately for everyone, something much older is stirring, something even Department 19 can't stand up against…"


There actually isn't a cover for this yet, but I saw it on HarperCollins site and it sounds brilliant! Cannot wait to read this one! 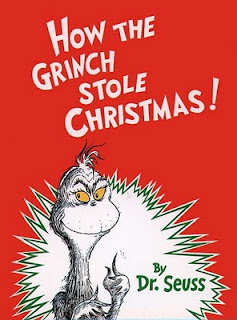 How The Grinch Stole Christmas by Dr. Seuss.
Format: Mixed media.
Released: 28th October 2010 (Re-print).
Amazon UK
"The Grinch hated Christmas! The whole Christmas season!
Now, please don't ask why. No one quite knows the reason.
It could be his head wasn't screwed on just right.It could be, perhaps, that his shoes were too tight.
The ghastly Grinch refuses to be moved by the Christmas spirit in this lovely hardback version of Dr Seuss's classic tale.
When he spies the citizens of Who-ville enjoying their Christmas preparations, the Grinch comes down from his cave and makes a dastardly attempt to take all the joy out of the occasion by actually stealing Christmas.
With zany rhymes and distinctive black and red illustrations, this classic seasonal story has become a favourite for good reason. In the end, the story of the ghastly Grinch has something to teach us all about the true meaning of Christmas."
I have rather shamingly never read this, despite being a massive fan of the film adaptation starring Jim Carey and the cartoon version on every Christmas. I know I tweeted the other day saying that I am tired of hearing people go on about Christmas this early, but every year I intend to get this and never do, so this year I will make it a mission. I've always wanted to read it, and being a big kid, this year it will happen! :D
So there you go. Some highlights coming over the next few months from HarperCollins. What books are you excited about right now?
Posted by Ryan at 11:20