If like me, you are a fan of the Lorien Legacies series by Pittacus Lore, then no doubt August seems a very, very long way away right now, The Rise of Nine just a distant sight on the horizon. Well, this might help ease the wait... A new, exclusive ebook is set to be released tomorrow and it's set to give us a bit of background to a character we met at the end of the second book (The Power of Six), Nine.

It's called The Lost Files: Nine's Legacy and is the second in a series of "Lost Files", the first of which, Six's Legacy was published last July just before the second book.

Nine's Legacy will be available tomorrow (28th February) for Kindle, and other e-readers priced just £1.49. WHAT A BARGAIN! That's $3.99 for US readers. But still. What a bargain?! I for one cannot wait! 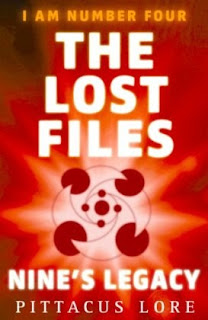 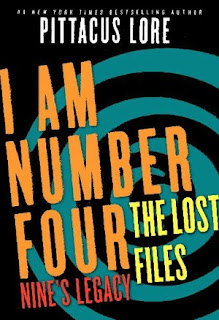 Number Nine - when John frees him from his cell in the power of six, he's ferocious, reckless, and ready to fight back. But being held captive changes a person - even a Lorien. Before meeting John Smith, aka Number Four, before being held prisoner, Nine was hunting down Mogadorians in Chicago with his Cepan, Sandor. What happened there would change Nine forever. . Now you can have an exclusive look at what Nine was like before his capture, and read about his dramatic escape from his point of view.